What are building blocks?

The building blocks that are shown under each video list all the skills we believe a student will need to tackle this lesson. Watch this video or read on below to find out more: 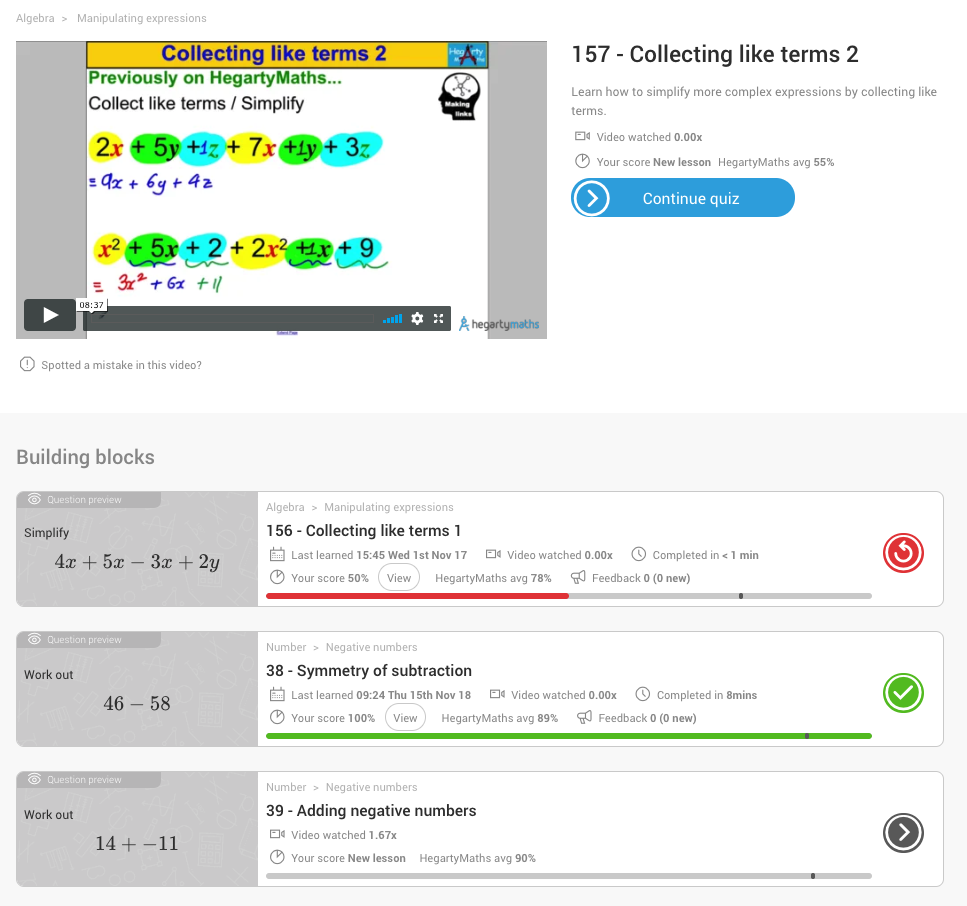 We also list two skills that concentrate on subtraction and negative numbers so that between these areas and skill 156, the student should have enough knowledge to tackle the new problems they will be facing in skill 157.

We also indicate to the student how they have fared on these building blocks. You can see in the picture above that they got green (100%) on skill 38, a red mark (<70%) on skill 156, and haven't attempted skill 39.

Your students should tackle the building blocks of the skills they aren't confident in first before jumping into a new skill. This is especially useful for independent work. They can pick a skill they want to master and work back through the pyramid of building blocks until they find a skill at their current level.