How is video time displayed on the site?

The time indicator shows how many times the video has been watched, so 1.0x is one time. 0.5x is half the video, or 50% of it. We do it this way because each video is a different length, so if one video is 10 minutes and another is 5, then showing you 270 seconds watched would be a terrible video watch time for the first, and fairly good for the second. The 1.0x times indicator flattens the video watch times out so you can compare them.

If a student has watched a video a number of times interspersed with skill attempts, the accumulated amount of video watch time up to the end of the assessment will be shown beside each attempt. 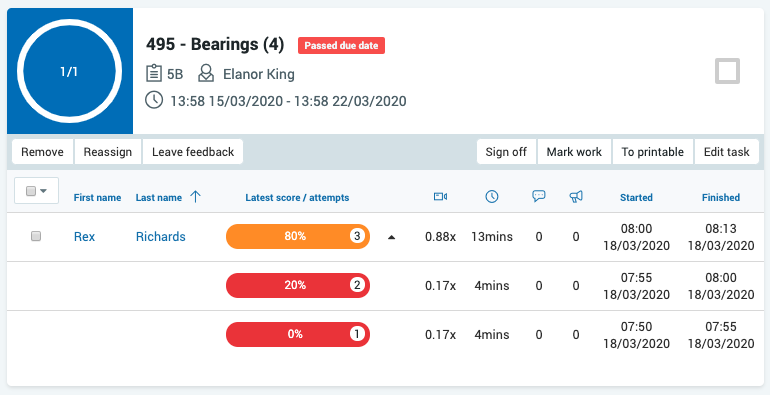 The total video watch time up to when the last question was answered is shown inside the assessment review. For attempts #1 and #2 it was 0.17x in the examples shown. This means Rex watched some of the video before completing his first attempt, but no extra video until after the end of the second. 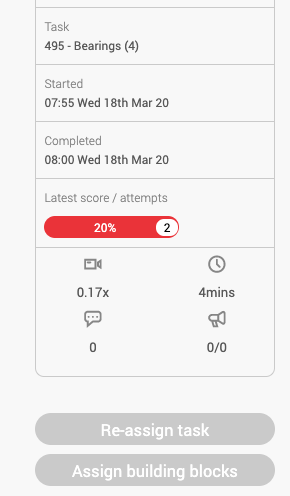 Rex did watch significantly more of the video before the end of his third attempt, bringing his total video watch time up to 0.88x (or 88%) of the video length. 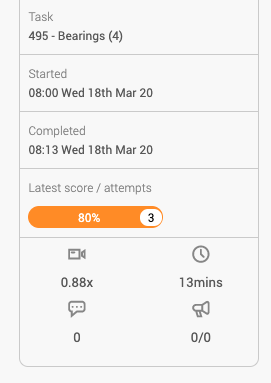